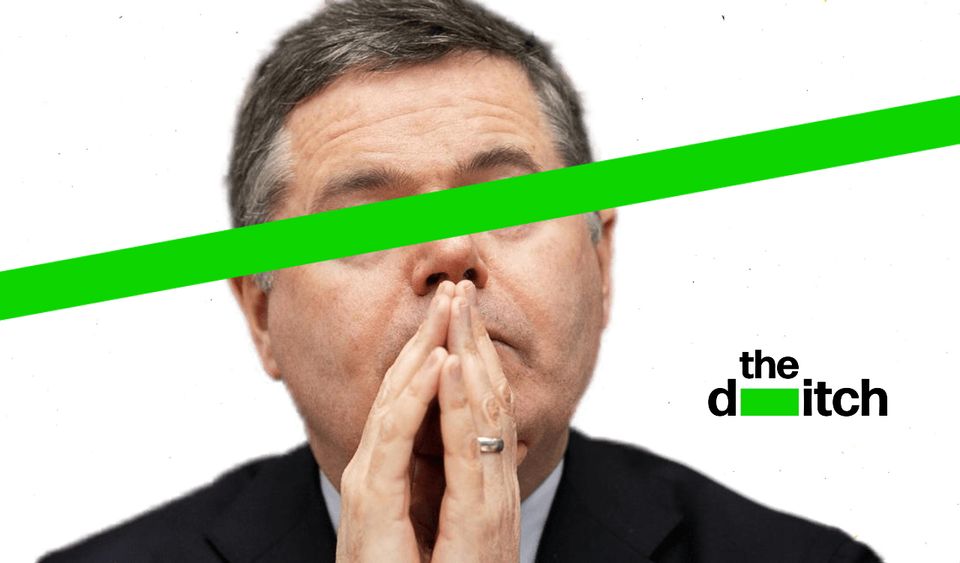 Paschal Donohoe has refused to explain what he discussed during a two-hour meeting with Designer Group CEO Michael Stone in August 2020.

Businessman Stone – a personal friend of Donohoe’s who had the public expenditure minister attend his wedding last November, as reported by the Irish Independent – paid people to hang election posters for Donohoe during the 2016 general election campaign.

Donohoe didn’t declare the donation and Stone was later appointed to the board of the Land Development Agency by Donohoe’s former government colleague Eoghan Murphy. He was also appointed chairperson of the North East Inner City Taskforce after a nomination from Donohoe himself.

Donohoe has held intermittent meetings with Stone over the last seven years, some explicitly concerning Stone’s work on state boards.

The length of the meeting is unusual for the minister’s diary, which is populated primarily by much shorter meetings.

The Ditch asked Donohoe why the then finance minister held a two-hour meeting with Stone, where it took place and what was discussed.

Through a spokesperson, Donohoe declined to answer any of these questions. The spokesperson did however answer The Ditch’s final question on whether Donohoe and Stone had held any meetings since.

“Minister Donohoe meets Michael Stone around twice a year to discuss the North East Inner City Taskforce. The most recent meeting with Mr Stone and others, was late last November at Sean McDermott St,” said the spokesperson.

According to the Dublin Central TD’s ministerial diary, he met with Stone on 25 November last year to discuss this taskforce. The diary entry acknowledges this explicitly, stating the purpose of the meeting in the title – “Meet with NEIC initiative –  as well as the meeting’s location, Sean McDermott St.

Another taskforce meeting does likewise, naming the initiative in the title and similarly not referring to Stone by name.

This was not the case of the two-hour meeting – which Donohoe refused to explain.

It’s not the only long Stone meeting in Donohoe’s diary, with a one-hour July 2022 meeting with the CEO listed simply as a “Michael Stone walkabout”.