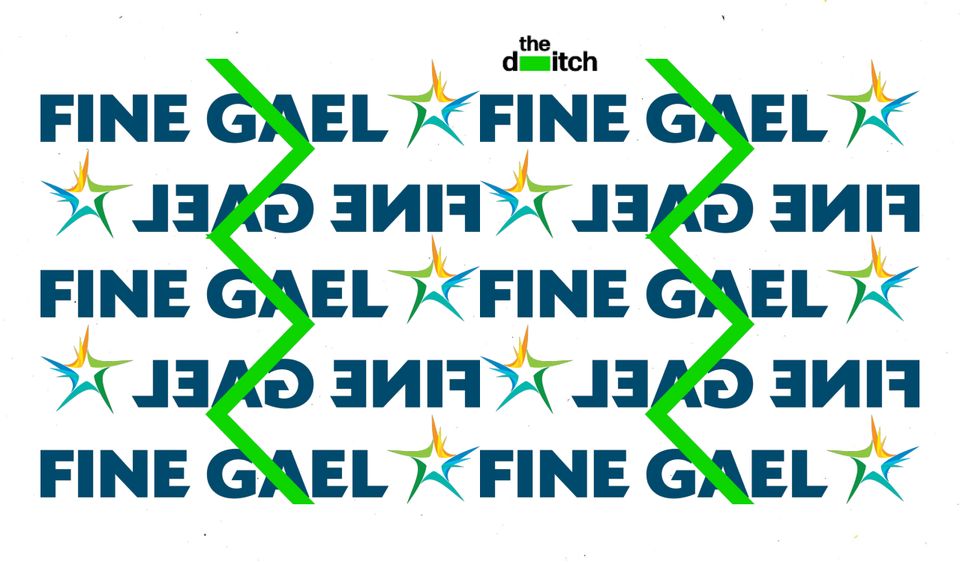 Kevin Gilna, who also worked as a tobacco lobbyist with Fine Gael councillor James Geoghegan, recently paid almost €2 million on a mortgage-free property in Ranelagh that he now lets for €10,000 a month. Of his companies – some of which have been incorporated in Gibraltar, the Isle of Man and Malta – one was sitting on a cash pile of more €13 million before being wound down in 2019.

Gilna left Fine Gael in late December 2000, “after five and a half years of real dedication to the ‘Big Boss,’” according to a Meath Chronicle report, only to return to Bruton’s side five years later. When the former taoiseach took his EU ambassador role, Gilna was his communications manager in Washington, DC.

Despite extensive searches of archives and databases, the exact nature of Gilna’s first company’s business interests remains unclear, with the source of his continued success something of a mystery.

Kevin Gilna started out his professional life as a tourism officer in the early 1990s. It was during this period that he became involved with Fine Gael, first as ex-taoiseach John Bruton’s constituency organiser.

When Bruton became taoiseach in December 1994 he appointed 26-year-old Gilna as his personal assistant and press officer. According to the Meath Chronicle, Gilna was Bruton’s “right-hand man”.

After the 1997 general election and with Bruton’s time as taoiseach at an end, Gilna became head of public relations at the Construction Industry Federation (CIF), where he worked for five years. “Under his press direction, the federation rose rapidly in stature and thanks to his endeavours,” again according to the Meath Chronicle, enjoyed “as much weight and influence with the government as IBEC when it comes to policy issues.”

He returned to Bruton In 2005 for a four-year stint when the former taoiseach was EU ambassador to the US. It was during the end of this period when he met 2021 Dublin Bay South byelection runner-up James Geoghegan. Fresh out of UCD, Geoghegan had secured a three-month internship with Bruton.

In 2009, the final year of Bruton’s stint as ambassador, Gilna incorporated Irish company Transatlantic Public Affairs Ltd (TPA), for which Geoghegan would work as a lobbyist. The same day he registered another, also in Ireland: Worldwide Water Distribution Ltd.

That’s when things began to take off.

‘It no longer had to file accounts’

It was able to do this despite having assets of only €1,099 and not employing anyone.

The company then made a move that meant it no longer had to file accounts.

In September 2013, just before it was due to file accounts for 2012, WWD re-registered as an unlimited company, meaning it didn’t have to file with the Companies Registration Office (CRO).

The company made another move around the same time that transferred overall ownership to a pair of Isle of Man companies.

The couple had taken out a mortgage on the property with Bank of Ireland but this was repaid in full two years later in August 2015.

In March 2017 the property was transferred to another unlimited company incorporated by Gilna called Opalglen. It was around this time that Gilna began declaring he was resident in Dubai.

The company was later re-registered as a limited company and was eventually wound down voluntarily in July 2019. According to the liquidators final report in July 2019, it had a cash pile of more than €13 million, which was paid to Gilna.

Just a year before Gilna moved to Dubai, he incorporated another company, this time in Malta. Burncorp Holdings (Malta) Ltd was registered in September 2016.

Director Gilna now declares he is resident in St Julians, Malta, according to records from the Maltese company registrar. His name, and association with Burncorp, appeared in the Paradise Papers leak in 2017, though there was no suggestion of wrongdoing on his part.

Maltese company registrar records show that Burncorp is ultimately owned by Burncorp Holdings (Gibraltar) Ltd, a company incorporated in Gibraltar in 2018, along with Mulroe, who now claims to live in Marbella, Spain.

Burncorp now owns the Rathgar property – along with another Dublin 6 residence.

According to its latest accounts for 2021 filed with the Maltese authorities earlier this month, Burncorp Holdings (Malta) Ltd had rental income of €139,800 that year.

Meanwhile the company’s other property on Rathgar Road is currently rented to the Algerian Embassy in Dublin after being advertised to let for €8,000 a month.

According to records from the Marbella Council, Sunrise Villas SL received permission to develop an existing luxury villa in the popular coastal town in August 2021. The 7,500 square foot property is advertised for sale for €4.4 million.

Gilna and Mulroe could not be reached for comment.