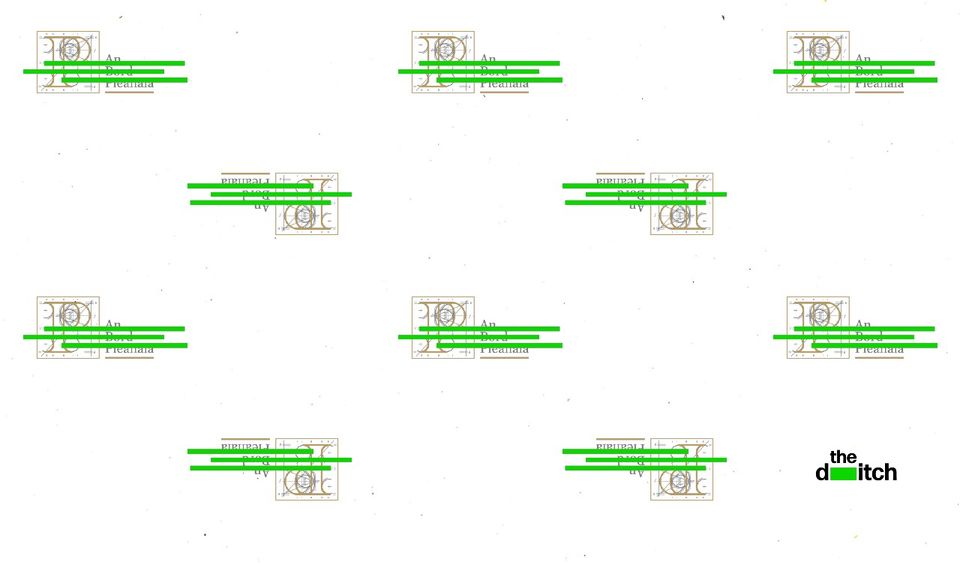 The Bord Pleanála (ABP) chairperson blocked the release of controversial board minutes despite ABP’s legal obligations. Senior ABP officials raised concerns about this decision and the reputational damage it could cause the planning body, according to freedom of information records released to The Ditch.

ABP chairperson Dave Walsh prevented the release of these minutes for nine days, when pressure on deputy chairperson Paul Hyde was mounting after a series of articles published by The Ditch.

ABP is required by section 146 of the Planning and Development Act 2000 to make all board minutes available for inspection by members of the public. Social Democrats co-leader Catherine Murphy, who has made calls for the senior counsel-led investigation into deputy chairperson Paul Hyde be expanded, said, “Withholding information suggests there is something to hide.”

The request is made. It takes nine days

On 28 April The Ditch requested meeting minutes from a board decision to grant planning permission to deputy chairperson Paul Hyde’s sister-in-law for a development in Sandymount, Dublin 4. The development is now subject to a High Court challenge.

Though the PDF document containing the board minutes was created just minutes after the request, the document – normally issued within 48 hours – was not released to The Ditch until 6 May. It confirmed that Hyde voted on the decision.

According to internal ABP correspondence, around the time of the request for these minutes, chairperson Dave Walsh mooted the idea of not releasing them.

In an email to ABP corporate affairs director Gerard Egan and chief officer Brid Hill, Walsh referred to advice from ABP’s legal adviser. The adviser, said Walsh, “suggested that the board should pause releasing any documents or information that could potentially prejudice the minister's process”, referring to the senior counsel’s investigation into Paul Hyde.

Chief officer Hill later emailed Walsh and told him that “information relating to any case file should issue as normal as per section 146 [of the Planning and Development Act 2000]”.

“Any further delay in the release of documents… will likely be perceived negatively as a lack of transparency with consequent possible serious reputational damage to this organisation. It is also placing staff in a very difficult situation… and I consider this is not appropriate,” said Egan in his 5 May email.

The following day Walsh finally decided to release the minutes. It had taken nine days.

“There does not appear to be any legal basis or justification on which we should not continue to release such documentation,” he wrote in his 6 May email, referring to fresh legal advice he had received that morning.

Less than an hour after receiving Walsh’s email, Egan ordered the release of the board minutes relating to Hyde’s sister-in-law’s planning appeal in Sandymount.

Both Egan and Hill are part of a trio of senior staff members conducting an audit into certain decisions made by Hyde and will report their findings to Walsh in the coming weeks.

“The issues that have arisen in ABP in recent weeks and months are incredibly serious.  Mismanaging the response to such a crisis will only compound the problems and further erode public confidence and trust in our planning system.

“Withholding information suggests there is something to hide and in this case appears to draw senior staff into a controversy they also share concerns about, this is hardly a sustainable position,” she said.

“I find it shocking the wanton disregard for transparency, at the most senior level of the board. We’ve been calling for the terms of reference for Remy Farrell’s report to be widened for some time.

“This is more evidence that it needs to be a more systemic review. The problems appear to be deep-rooted, long-standing – and extend well beyond the individual who has stood down temporarily,” she said.