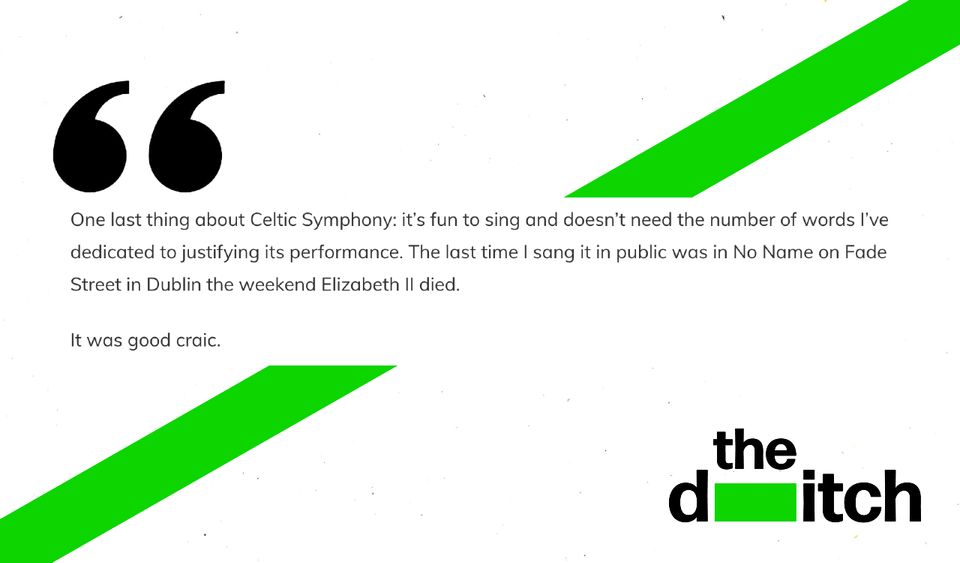 The true meaning of what happened in Hampden Park this week is indivisible.

You could separate the night’s parts from each other. In this division some parts will retain their beauty but lose at least some of their power and significance. Once you’ve divided the night into parts, you could decide which ones you like and the ones you don’t. You could even choose to disown some of these parts entirely, keeping only those you feel are appropriate representations of Ireland.

You could do that, but it would be an act of intellectual cowardice and arrogance. You can’t have this team and that night – and all that it meant – without the parts together.

One of these parts: Amber Barrett’s goal – the pass from Denise O’Sullivan, after picking the ball up in traffic and weighting it perfectly through the heart of the Scottish defence; Barrett’s simple but perfectly judged first touch to take her clear; her unexpected toe-poked finish to the corner of the net in full stride, struck earlier than most keepers would anticipate. Beautiful.

You could take that moment and consider it separate from Barrett’s celebration, a run to the corner, a drop to her knees and a grab and kiss of the black armband on her sleeve after a week when 10 people had died in her home county of Donegal. Barrett herself was self-effacing about the goal when she told RTÉ’s Tony O’Donoghue she took it with "the old reliable – I just big-toed it”.

I presume she’d be similarly modest about the significance of the goal to people in her homeland, though she did tell O’Donoghue, “This is for Creeslough. This is for Donegal.” And that’s what it felt like for me anyway, coming from Donegal, far from Creeslough but close enough to appreciate and be lifted by what Barrett did on the field for herself, her team and our county.

Another part: the Irish women’s team qualified for its first World Cup. This qualification comes five years after a predecessor squad said the FAI had treated them like “fifth-class citizens”. A group of these players were forced to go public, describing how they’d had to change for matches in public toilets and return training gear to the association. They hadn’t been paid. The FAI’s response to this stand was to threaten these players, warning them that in speaking out they may "endanger their careers at club and international level".

So you could separate this week from the FAI’s past treatment of women who have played for the team. But you’ll lose the significance of the fact that being a woman and a footballer in Ireland is an act of defiance in itself.

Another part of what the Irish team achieved this week: celebrations in the Hampden Park dressing room to a soundtrack of Taylor Swift and the Wolfe Tones. Take this part as inherent to the occasion.

Swift and the Tones – now that’s a New Ireland.

'At its heart is rebellion – a fuck you'

Wolfe Tones lead singer Brian Warfield wrote Celtic Symphony in the late 80s to mark Glasgow Celtic’s centenary. Its verses and pre-choruses meander through allusions to British wrongdoing, all of them preludes to its crescendo: “Ooh ah, up the Ra,” and repeat. The song doesn’t make explicit whether its chorus’s subject is the pre-1969 (good) or ‘69-onwards (bad) IRA.

It’s more manifesto than song and, like any song, it’s imperfect. Like any manifesto it’s blunt and not intended to convey the full breadth of its subject matter, but rather give those who receive it some spark to create their own meaning around its words.

At its heart though is rebellion, a fuck you, in this case to the British Empire, to imperialism, to colonialism – or to whatever the listener might like to make it about. There are those who aren’t moved by that kind of sentiment – there too are many who’ve never encountered an authority figure to whom they didn’t reflexively defer. But when being a woman and a footballer in Ireland is an act of rebellion itself, why is there surprise and disappointment from some that among the Irish team are players who, in moments of euphoria, identify with a simple rebellious cry?

If international sport is important – if it carries the kind of significance the likes of the Murdoch-founded Sky tries to sell us, indeed as one of the Irish women’s team’s sponsors – it’s in its chauvinism, its playful nationalism, in the way it gives a stage to nation states to represent themselves, to tell the world who they are.

Why shouldn’t an Irish team, while on British soil on the night of its first ever qualification for football’s biggest tournament, acknowledge that part of our country’s story involves our centuries-long colonisation by our nearest neighbour? And what gives Irish political figures and commentariat the confidence, what makes them feel they have the right, to question these women’s choice – whether deliberate or flippant – of celebration after delivering to the country one of the most incredible nights in our sporting history?

When asking what players and spectators put into sport, philosopher Roland Barthes said, “Themselves, their human universe. Sport is made to speak the human contract.” Which is to say that sport, at all levels whether it’s in a playground or an historic World Cup qualification match, is a reflection of the aspirations and frustrations, big and small, of both the players and the people watching them.

And this team is a reflection of who we are. We’re lucky of that and should be proud of them, rather than force these women into explanations for something that doesn’t require apology. We don’t get to pick the parts of who they are and what they did and match them with the parts of ourselves with which we're comfortable.

When you're explaining, you're losing

Here’s fodder for those minded to the way of discomfort: across the country, in places you mightn’t expect – not just pubs in border counties and nightclubs in the north, but in living rooms and kitchens in respectable Dublin and in the dorm rooms of our exclusive universities – every Friday and Saturday there are people, some with drink taken on and others without, singing songs eulogising and glorifying men and women from all stages of the last century who bore arms against the British. Some might even give a few bars of Celtic Symphony. It would be mature to at least acknowledge this.

There’s that old dictum, ‘When you’re explaining, you’re losing.” Like all dicta its stupidity holds a certain truth.

In the immediate aftermath of a true national event, an achievement that will literally be written into history books, the Irish protagonists had to explain and apologise for their singing of a chant that celebrates – or at least represents – a part of the history of the country for which they were playing. It so happens that this part is unresolved, one of many unrealised revolutions that define Ireland.

It’s not so much that in explaining they’re losing, but more that something has long been lost.

One last thing about Celtic Symphony: it’s fun to sing and doesn’t need the number of words I’ve dedicated to justifying its performance. The last time I sang it in public was in No Name on Fade Street in Dublin the weekend Elizabeth II died.

It was good craic. 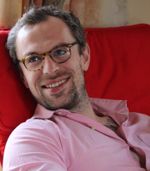