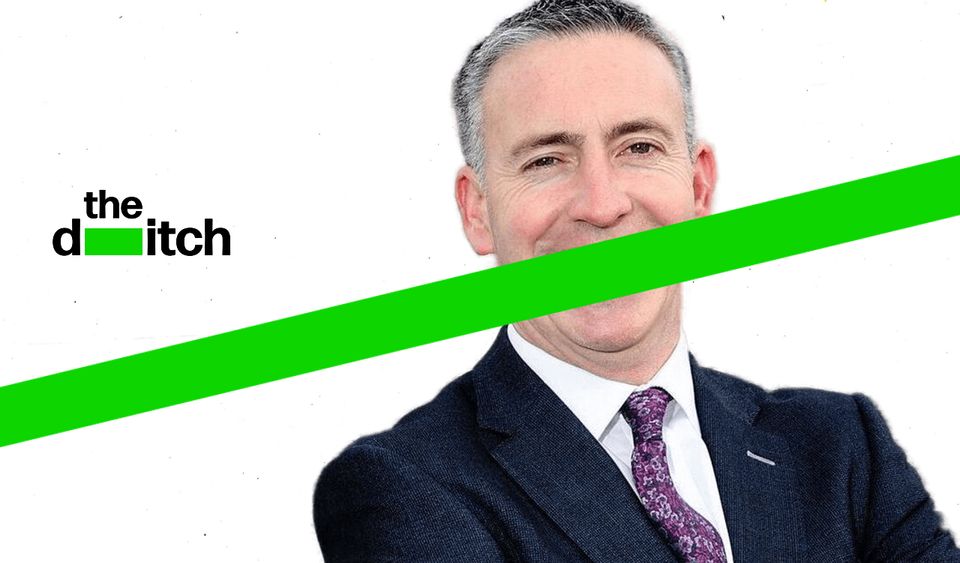 Fine Gael minister of state Damien English lied about his home ownership to secure planning permission for a new home.

The former junior housing minister was the owner of a bungalow when he falsely submitted a declaration to Meath County Council that he didn’t own a home. Under planning rules Meath County Council only grants permission for one-off dwellings to locals who don’t already own a house and can prove they have a housing need.

The house that Meath West TD English didn’t admit to owning in his application is the same property he has failed to declare in the Dáil register for more than decade, as reported by The Ditch on Monday. The house is just six kilometres from his current home.

English said in application he didn’t own a home

In 2008 English and his wife, Laura, whom he had married the previous year, applied for permission to build a new 2,800 square feet bungalow on a 2.5 acre site in Cookstown, county Meath.

According to Meath County Council’s Rural Housing Policy, it will consider granting one-off permission to locals “who have never owned a rural house and who wish to build their first home close to the original family home”, under controversial local-only planning rules first introduced in 2005.

As part of his application, English was personally required to complete and submit a local needs form to Meath County Council to prove he had a housing need and that his application complied with this rural housing policy.

Without proof of a housing need, English wouldn’t receive permission. Already owning a home in the locality would show he didn’t have a housing need.

In his application, English said he didn’t own a home.

“According to the local needs form submitted with the application he (English) does not own a dwelling and has not owned a dwelling previously,” wrote Meath County Council planning officer Alan Russell in his report dated 8 October, 2008.

Despite purchasing his first house more than four years earlier, English also claimed he was residing in his parents' Castlemartin home and “submitted documentation… for the past five years which link him to the family home,” according to the planner’s report.

Relying on English’s false declaration that he didn’t own a house, Meath County Council granted permission for the new home on October 13, 2008.

Just more than two years before submitting a planning application for the property, valued at around €700,000, English spoke about the dangers of lying to the council about one-off housing developments.

“A person building a one-off house cannot afford to be cheeky with the council or to take any risks. These people face the full rigour of the law and the council comes down on them if they step sideways,” said English during a March 2006 housing debate in the Dáil.

The Code of Conduct for Members of Dáil Eireann, states that TDs “must interact with authorities involved with public administration… in a manner which is consistent with their roles as public representatives and legislators”.

English issued a statement following The Ditch’s report that he failed to declare ownership of his second house, which is located six kilometres from his current residence.

“The house is not for declaration as it’s a building used only by me and my family and is not being used for any other purpose”. Ethics law however only exempts occupied houses and English would not answer follow-up questions about the use of the habitable house.

When The Ditch visited the property earlier this week, it was uninhabited with furniture wrapped in protective plastic in the fully fitted kitchen.

There are around 200 recorded homeless people in county Meath and a further 4,000 on the council’s housing waiting list. English previously told the Dáil that “vacant properties are misused assets” during a debate on housing supply in November 2021.

English declined to comment when asked if he believed it was acceptable for applicants to lie on planning permission applications.

Taoiseach Leo Varadkar did not respond when asked whether he thinks it’s acceptable to lie on planning permission applications.