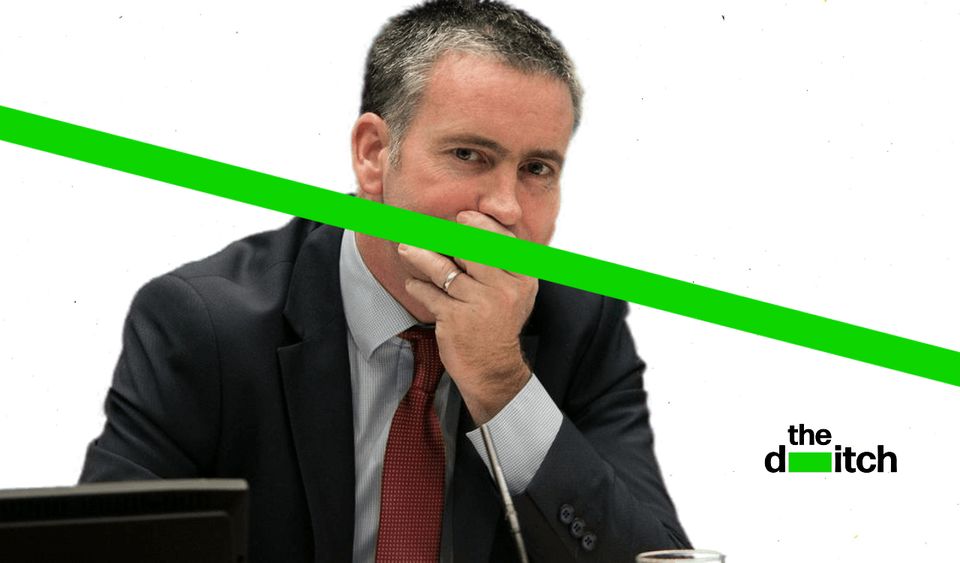 Fine Gael minister of state Damien English has not declared his ownership of a residential property for more than a decade.

The Meath West TD defaulted on mortgage repayments for the house and four years ago the loan was transferred to a vulture fund. English however managed to maintain his ownership of the property.

TDs and ministers are required under ethics legislation to declare their property interests annually. Failure to do so can lead to a SIPO investigation. Along with failing to declare his ownership of the house, English has spoken in the Dáil on behalf of people in mortgage arrears – failing to declare he had fallen into arrears himself.

Junior enterprise minister English didn’t put his affairs in order even after last year’s resignation of his departmental colleague Robert Troy for failing to declare his property interests. The Troy scandal forced a number of TDs and senators to submit supplementary declarations of interest acknowledging previously undeclared properties.

Damien English bought the Castlemartin, county Meath bungalow with an Ulster Bank mortgage in 2004, according to Land Registry records.

The veteran Fine Gael TD lived in the property until 2010 when he moved to a new larger home in Cookstown, near Kells, in the same county. He kept his old home and as it is no longer his primary residence, English has been required under ethics legislation to declare ownership of it since 2011.

He hasn’t done so for more than ten years.

Having decided to keep his former home, English – whose ministerial responsibilities include insolvency operations at the Department of Social Protection – defaulted on his Ulster Bank mortgage. In 2019 the bank sold his loan to vulture fund Promontoria.

English however managed to keep hold of the house.

He struck a deal with Promontoria last year, according to the property’s folio, which shows that the loan is no longer registered as a charge against the house. The property sits on a half-acre site and is valued at around €200,000

TDs and ministers who make interventions in the Dáil in matters in which they have a “material interest” are required to acknowledge this interest, according to the Ethics in Public Office Act.

In a February 2018 Dáil housing debate, English, who was a minister of state at the Housing Department, advocated for those in mortgage arrears.

“What is important is that people are protected in their homes regardless of who owns their loans. Those protections are there and they are the same whether it is Permanent TSB, Bank of Ireland or some other bank or fund.

“People are protected the same way. They do not change no matter who buys a person's loan. I want to be clear on that. We work a great deal with people to keep them in their homes,” he said.

English was first elected to the Dáil in 2002, having served as county councillor since 1999. According to his most recent Dáil declaration of interests submitted last year, his only property interest is his family home in Cookstown, county Meath.

English declined to comment when asked why he failed to declare ownership of the house.