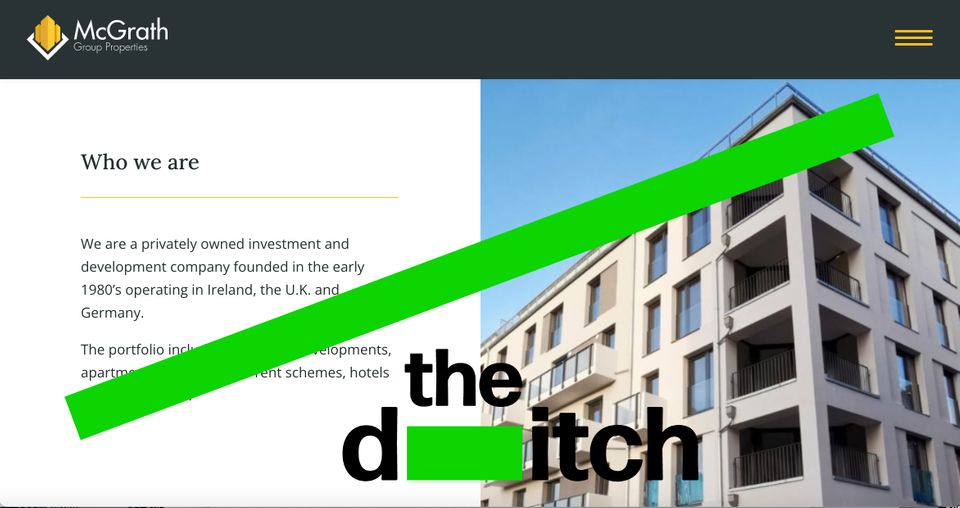 The property developer behind this week’s attempted eviction of a community group in Dublin 7 is a convicted fraudster with a history of unlawful evictions and overcharging rent.

McGrath Group managing director PJ McGrath has plans for 166 rental apartments on Prussia Street where an attempted eviction under supervision of the gardaí was carried out this Wednesday.

Having been convicted of fraud in 1996, McGrath was ordered to pay £30,000 to the Society of Saint Vincent de Paul. The property group he manages meanwhile has a number of adverse findings against them at the Residential Tenancies Board (RTB).

Among McGrath Group’s properties is Baileys Court in Summerhill, Dublin 1, which comprises 154 apartments and three commercial units – all of which are owned and managed by the property developer.

On 16 September, 2020 the RTB ordered McGrath Group to pay €11,040 to Riaz Ahmed and Sajjan Khan in overcharged rent.

The tenants had been paying €1,256 monthly rent and because their residence was in a rent pressure zone, the maximum their rent could be lawfully increased to was €1,310 a month.

An RTB tribunal found the McGrath Group misled the tenants to believe their residence wasn’t in a rent pressure zone and increased their rent to €2,000 a month.

The McGrath Group tried to justify this increase by referring to work carried out on the apartment’s heating system, which cost the developer €1,601. The firm tried to argue this was a “substantial refurbishment of the dwelling” and therefore allowed the landlord to “break the rent cap”.

The RTB rejected this explanation and ordered the McGrath Group to pay its tenants back the more than €11,000 they had been unlawfully charged over the course of 16 months.

The former tenants had been renting an apartment in the same Summerhill complex for €1,936 when they were served a termination notice because the McGrath Group wanted to refurbish the property.

Having lived in the apartment since 2014, the four former tenants had the legal right to resume their tenancy once the refurbishments were complete. They weren’t given the opportunity to do so and later noticed an online advertisement for the apartment with rent set at €2,700.

The RTB found that there had “been no substantial refurbishment to the interior of the dwelling” but noted that whether the increase from €1,936 to €2,700 was lawful, given the property’s location in a rent pressure zone, was “not a matter for this tribunal”.

In this case, the tenants were awarded €2,500 for not being offered the chance to resume their tenancy.

Managing director and Fianna Fáil donor McGrath avoided prison time in 1996 after he was convicted of fraud. He had carried out “a home industry of some sophistication to defraud the ESB”, according to the presiding judge.

McGrath had managed to run one of his properties off unmetered electricity before ultimately being found out and making a £30,000 donation to charity, as well as repaying the ESB £40,000.

Sergeant Pauline Gallagher gave a character witness for McGrath. She said he wasn’t known to gardaí and told the trial judge of a number of McGrath’s charitable deeds.