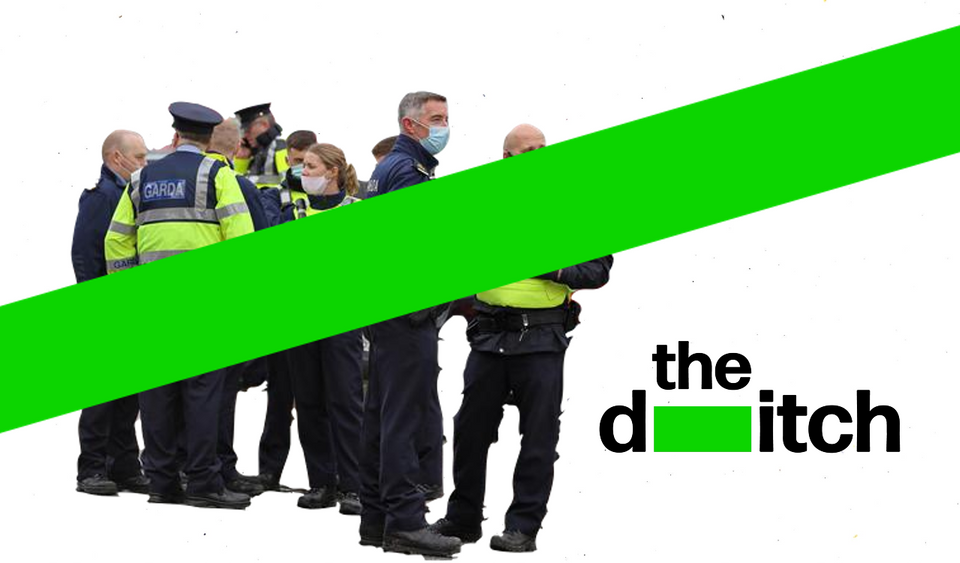 The 23 Prussia Street landowners relied on a court order that expired over three years ago for last month's attempted eviction at the site.

The 27 October early morning eviction, which was supervised by gardaí, featured scuffles between landowners the McGrath Group and a community group occupying the Dublin 7 property.

It has also emerged that an untaxed and unroadworthy van used during the eviction is registered to a McGrath Group company.

In a statement on the day of the eviction, a garda spokesperson said "a property owner, in compliance with a court order, was securing a premises and facilitating access to persons to remove personal items".

This temporary court order was obtained by Dublin City Council against McGrath Group co-owner Mary McGrath in respect of her commercial tenant Tibor Tancos on 12 October, 2018. The order prohibited “any person… from using the land” at 23 Prussia Street.

When the matter came before the court again on 17 October, 2018, judge Noonan was informed that those occupying the land had left. With the consent of all parties he issued a permanent order that any mobile homes situated on the site could not be used for habitation.

The more restrictive temporary order however, which prohibited anyone from occupying the land or structures at 23 Prussia Street, was not renewed and lapsed at midnight, 17 October, 2018.

In video footage filmed during the eviction, a white Opel van was seen attempting to leave the yard. It was blocked from doing so until gardaí intervened to forcibly remove protesters from its path.

The Ditch can reveal the Opel van is registered to Skyhigh Aviation Ltd, a company owned and directed by siblings PJ and Mary McGrath.

PJ and Mary, along with their brother Tom, are the owners of the McGrath Group of companies. The Ditch has already covered that PJ McGrath is a convicted fraudster with a history of unlawful evictions and overcharging rent.

The Opel van, which was purchased by the company earlier this year, does not have a commercial vehicle roadworthiness certificate and hasn’t been taxed since March 2020. Road traffic legislation allows gardaí to seize untaxed and untested vehicles.

Commenting on why gardaí attended this eviction, which relied on an expired court order, the Garda Press Office said the “incident was a spontaneous and dynamic incident and was policed in accordance with an Garda Síochána policy on repossessions and evictions”.

“An Garda Síochána’s presence and role was not to enforce any civil court order. The role of an Garda Síochána is to ensure peace and public order is maintained, and no criminal offence is committed.

“The Garda Commissioner speaking at the Policing Authority meeting, in public, on the 28th October 2021 confirmed that An Garda Síochána has commenced an investigation into the circumstances of this event and into the actions of all parties involved on the 27th  October 2021.”

The McGrath Group refused to comment when asked why it had used an expired court order to evict persons occupying 23 Prussia Street.