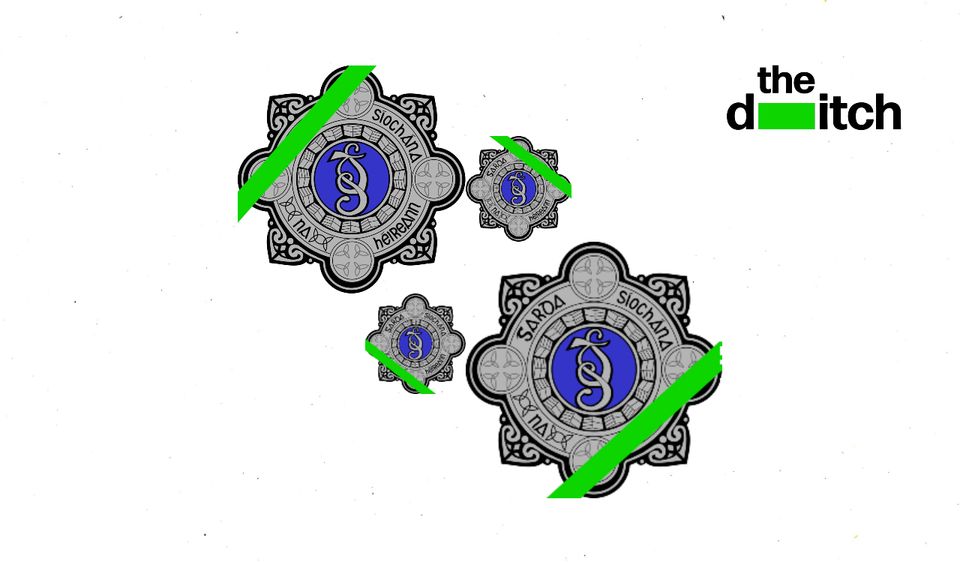 Gardaí in Waterford gave statements concerning the death of a man in their custody that contradicted medical professionals who attended the scene. The man’s family now say they want the case reopened following an investigation by The Ditch.

Among the revelations in this investigation a solicitor’s memo with fresh witness claims there was “ferocious banging and kicking” from the deceased’s cell despite garda claims he had remained calm throughout his detention.

According to the coroner’s court verdict, the Waterford man hanged himself while in garda custody in 2001 using a belt he had attached to a handle on the outside of his cell door.

Discrepancies in the time of death

Patrick Hayes, a 26-year-old man from Dungarvan, county Waterford, died on 3 May, 2001 just hours after he had been arrested.

Hayes was arrested for allegedly breaching a barring order by engaging in a heated conversation with his former partner Saoirse O’Keeffe. He had been released from Cork prison just two days before his death where he had served an eight-month sentence for a breach of this order.

O’Keeffe had obtained the order because of her former partner’s intermittent “shouting”, which had begun following a period of drug and alcohol abuse. Hayes “never struck” O’Keeffe, according to a memo of an interview she took with her solicitor. Hayes had a number of minor convictions for petty theft and assault.

The exact time Hayes died is unclear and is the subject of contradictory statements at his inquest.

One member of the medical team who tended to Hayes said he was called to the station one hour before what gardaí claimed as Hayes’s time of death.

Emergency medical technician John Beatty said he was requested to attend Dungarvan garda station at 2.40pm on 3 May, 2001, according to his written deposition submitted to the coroner at Hayes’s inquest.

A garda statement at the inquest disputes Beatty’s account.

This supposed time of death is further complicated by local GP Dr Isobel Brennock. She said she was called to the station and formally pronounced Hayes dead at 3.45pm – just five minutes after he had been found hanging from a belt hoisted to the outside of his cell door.

Several gardaí claim that within that five-minute period a garda administered CPR to Hayes before Dr Brennock pronounced him dead.

Notes in Hayes’s garda custody sheet recorded by member in charge garda Larry Sheehan support the claim that Hayes was found hanged in his cell at 3.40pm and pronounced dead by Dr Brennock five mins later.

Though Hayes’s inquest found him to have hanged himself with a belt on his cell door, an article published in the Irish Examiner on the same day claimed that Hayes was “found hanging from a sheet in his cell”.

A document recently obtained by The Ditch raises further questions about Hayes’s death.

Hayes’s former partner Saoirse O’Keeffe had considered suing the state and in 2009 consulted with her solicitor. In a memo of this interview, her solicitor noted O’Keeffe’s account of the day Hayes died.

In the interview O’Keeffe claimed to have heard unrest in Hayes’s cell, which contradicted garda accounts of the day.

“Saoirse was taken to an interview room passing the cells… on the way back out, Saoirse heard ferocious banging and kicking from the cell… this is in marked contrast to the inquest evidence of gardaí that Pat was calm and collected in the station and no sign of intoxication,” according to the July 2009 typed memo.

In the memo it is also noted that “While Saoirse was waiting (in the garda station) there was a lot of frantic activity. This may have been 3pm.” This was some 40 minutes before Hayes’s official time of death.

Hayes's brother Sean told The Ditch that he wants “Gardaí to reopen the investigation” into his brother’s death.

Contacted for comment, An Garda Siochana said they wouldn’t be able to provide a response in the time given.