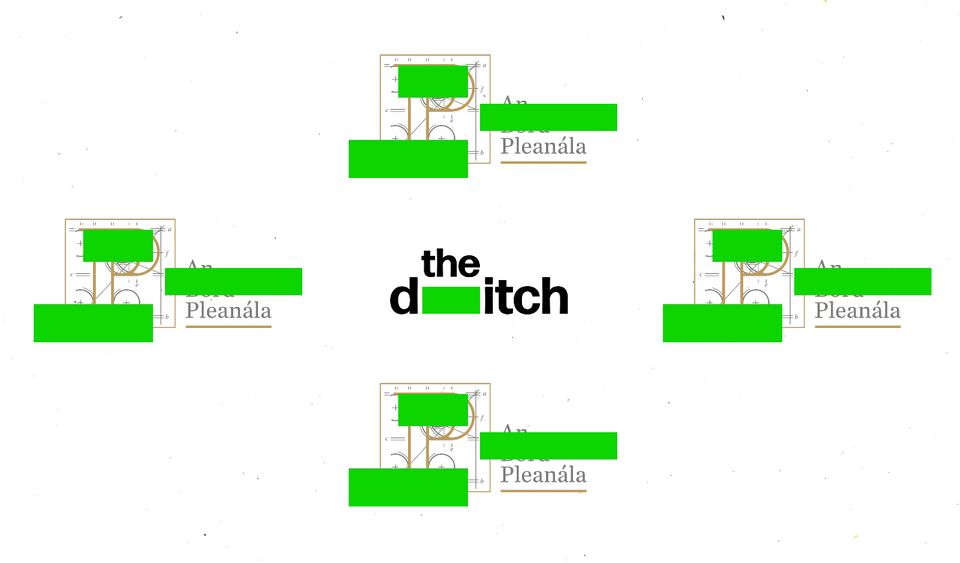 The Bord Pleanála (ABP) board told an inspector to change his report on a controversial development currently subject of European Court of Justice proceedings.

The report was edited after the High Court heard challenges to building heights in another part of the development previously granted permission by the board. The edits made to the report concerned these heights – and also included an added line praising the developer’s plans for co-living accommodation at the site.

Though ABP in a May email last year committed to making both reports public, it has to date failed to publish the original inspector’s report. The Ditch has seen the original document and identified the edits in the second report on the Dublin 8 development.

Global property giant Hines claims to be “one of the largest privately held real estate investors and managers in the world” and it manages a global property portfolio worth around $90.3 billion.

In September 2020 it received planning permission for a development on Dublin 8’s South Circular Road at the site of an old cigarette factory. Among its four towers, the development was to include 732 build-to-rent apartments, 244 of which were to be co-living units. None of the units were to be available for sale.

More than 180 people objected to the work and the ABP inspector assigned to the case recommended against granting planning permission. The ABP board disagreed with the inspector.

A residents’ group came together to oppose phase one of the development and took judicial review proceedings in the High Court. A focus of their challenge was the proposed heights of two of the development’s towers. Hines admitted these two towers, standing at what they claimed was more than 50 metres apiece, contravened planning regulations, according to its initial planning application.

ABP ‘noted some discrepancies in the inspector’s report’

It would later emerge that this admission – that two buildings in phase one were taller than 50 metres – was based on Hines’s decision to measure these buildings’ heights from above ground level rather than sea level. The ABP board when first considering Hines’s application however accepted these figures.

The residents’ group legal challenge ran into April 2021, when Hines sought permission for phase two of the development.

On 13 April, 2021 the ABP board met to consider the phase-two application. Board members Stephen Bohan, Terry Prendergast, and deputy chairperson Paul Hyde, currently under investigation by both ABP and the Department of Housing for alleged misconduct, attended the meeting.

At this meeting they considered an inspector’s report submitted by Stephen Rhys Thomas, which he signed on 6 April, 2021. In this report, Thomas made repeated references to two buildings in phase one of Hines’s development being more than 50 metres in height – as per the developer’s successful first application.

The board did not make a decision on the application and deferred it to a later date.

A day later, the High Court heard the residents’ group’s challenge to phase one of the development. Central to the group’s representations to the court were the proposed building heights in the complex and the issue of two towers exceeding 50 metres in height. The question of whether Hines was required to measure these two towers from ground or sea level was also raised.

The day after this hearing, the ABP board met to vote on phase two of the development.

Though the original report ABP board had accepted Hines’s earlier admission that two of the towers were to stand at more than 50 metres, the edited inspector’s report used different figures.

Though the first report made repeated references to two buildings exceeding 50 metres, the edited report included the assertion, “I have taken into account that only one building of just over 50 metres was permitted by the board on the… site.”

The edited report included a new line endorsing Hines’s plans for co-living units on the site. “Given the high quality of design and having regard to the locational advantages of the site, the shared living component of the proposed scheme is acceptable,” it read.

Following the judicial review proceedings the day before, where building heights in the complex were challenged, an inserted line acknowledged “there may have been some confusion” about just how tall towers in the development were to be.

Though Hines had claimed in its first application that its development contravened Dublin’s height regulations, the edited report sought to clear up this confusion.

“I note that the applicant’s material contravention statement refers to ‘above datum’ or above sea level heights. However, the drawings refer to both ‘above datum’ and actual above ground level heights. In this regard only one building on the… site is above 50 metres,” it read.

The ABP board considered this edited report – which ran to a total of 156 pages – at a 15 April, 2021 meeting. The board, represented by Paul Hyde, Michelle Fagan and Terry Prendergast, approved the application at this meeting.

Justice Richard Humphreys this March referred the residents’ group challenge to the European Court of Justice after he identified possible barriers in Irish law that could hamper such groups in challenging large developments like Hines’s. The case remains before the European court.

Though Hines declined to comment to The Ditch, the company has acknowledged elsewhere that, “The redevelopment of the former Bailey Gibson and Player Wills sites are currently on hold due to legal action,” explaining that a response to these legal challenges is “not expected until 2024”.