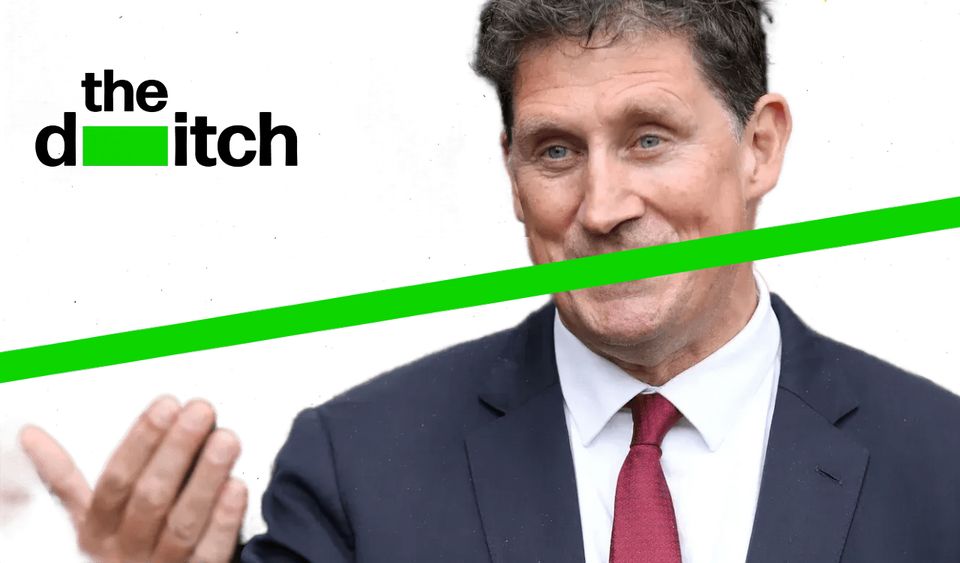 Eamon Ryan’s policy adviser admitted in a private meeting that no one in the Green Party leader’s ministerial department is working on a plan to achieve net-zero carbon emissions in Ireland’s energy supply by 2050.

Kenny in the meeting also conceded that Ireland is “bottom of the pile” when it comes to progress on renewable heat and claimed that Ryan made a “great sacrifice” when he helped nudge the state towards the construction of new gas-fired power plants.

Paul Kenny, special adviser to Eamon Ryan, on 25 May this year met with a number of senior executives from Gas Networks Ireland (GNI). The semi-state company owns Ireland’s natural gas network and was established as a result of the sale of Bord Gáis Energy in 2015.

According to minutes from the meeting seen by The Ditch, Kenny told GNI representatives at the meeting that no one in DECC is working on a long-term plan to decarbonise Ireland’s entire energy system by the middle of the century.

Under “additional comment” in the minutes it was noted: “A general point – no one in DECC currently working on an energy system-wide (net-zero by 2050) decarbonisation plan. DECC typically working on a two-to-four week, look-forward basis.”

The minutes show that Kenny acknowledged Ireland has performed poorly in its decarbonisation attempts and has been particularly poor in its efforts in renewable heat. The special adviser also spoke of internal dissent within the Green Party on biomethane – a sustainable fuel source produced from food and agricultural waste.

Kenny, the minutes read, “acknowledged the slow rate of biomethane/anaerobic digestion development in Ireland and poor national performance more generally in terms of decarbonising the heat sector”. Kenny went on to note that “Ireland is now bottom of the pile on its progress on renewable heat”.

Though “biomethane doesn’t have much support in the Green Party or it seems in the Department of Agriculture,” read the minutes, Kenny was “ok with… biomethane injection” into Ireland’s energy system as late as 2040.

On unsutainable carbonised gas meanwhile, Kenny “does not see it working”, with the “EU seeking to reduce gas usage to help compensate for move away from Russian gas”. Kenny, according to the minutes, predicted that the “EU will come off Russian gas, with the aim to bankrupt Russia.”

Last year minister Ryan, in a move that drew criticism from environmental campaigners, brought a memo to cabinet explaining why Ireland needed to increase the power it generates from gas. It is expected that the memo will ultimately result in the coming construction of new gas-fired plants, which will be powered by fossil fuels.

Kenny wanted GNI to recognise his boss’s efforts in this.

“Mentioned the great sacrifice minister Ryan made when he came out with statement last year re two gigawatts of new gas-fired generation required,” read the minutes.

How these RHOS would be perceived by the public, considering Ryan’s position as Green Party leader, is important to the Department of the Environment, the minutes show.

“The RHO has to be an ‘RHO for nature’. Talked about hedgerows, fencing, ecosystems etc. Don’t forget minister is a Green TD,” read the minutes, referring to points Kenny made.

Kenny also said the RHOs “need to be very different to a ‘dairy-led scheme”, with a footnote in the minutes explaining, “This is a reference to the fact the dairy herd and milk production has expanded, with the dairy farmers pushing the land hard to get the maximum amount of milk out of the herd. Production gains at the cost of the ecosystem and the Greens do not like it and will not let it be repeated on other farmer activities.”

Having concluded the meeting it was decided that those present should meet again within the next two months, while a meeting with minister Ryan was proposed for this month.

A DECC spokesperson said, "The department has introduced primary legislation to ensure that Ireland meets its net-zero emissions target by 2050 and is progressing a broad suite of climate actions, as set out in the Climate Action Plan 2021.

"Plans are in place and being delivered across a range of energy policies areas, including frequent renewable energy auctions to increase the proportion of renewable electricity to up to 80 percent by 2030, a national retrofit plan and a national energy security framework to coordinate and oversee Ireland’s response to the current energy challenges that Europe faces."

The spokesperson also referred to the establishment of two taskforces working on renewable energy.