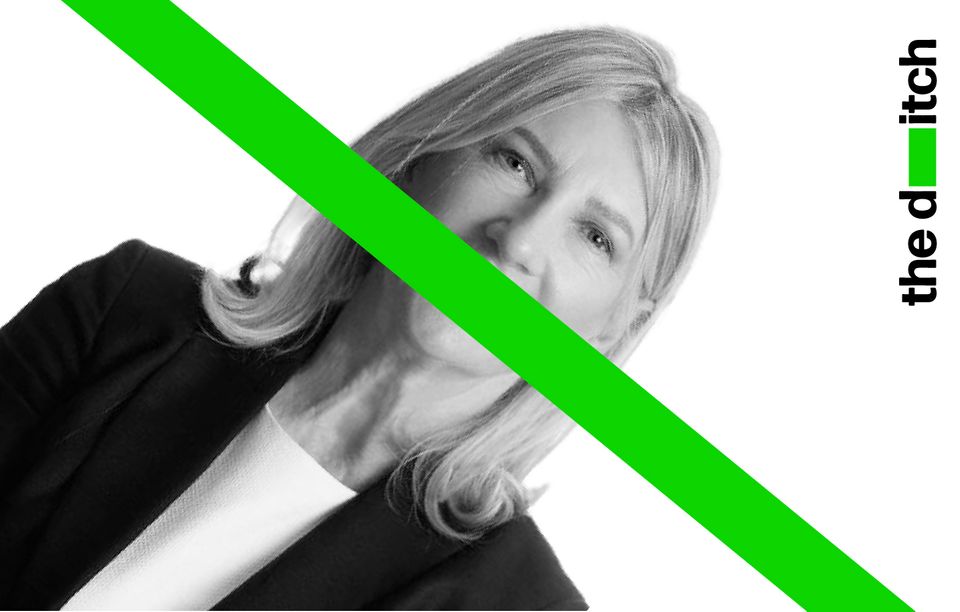 Fianna Fáil’s Dublin Bay South byelection candidate was a landlord who decided it’s “better to stick with what you know” after what she considered a bad experience with a Latvian tenant.

Councillor Deirdre Conroy also discussed with a landlord friend which nationalities are best to rent to, considered letting her linen cupboard to a student and banned her adult tenants from having overnight guests.

In February 2013 Conroy, having already let one room in her Clonskeagh home, met a “handsome” prospective tenant for another she’d put on the rental market. In a blog she kept at the time titled Diary of a Dublin Landlady, she gave this man the nickname “Kovac” in reference to ER character Dr Luka Kovač.

“Kovac”, Conroy wrote, was an IT worker from Latvia who’d recently moved to Ireland for employment in Drogheda, Co Louth, while his wife and five-year-old daughter remained at home. “Kovac” moved into Conroy’s home shortly after first meeting her, but by the end of the month, Conroy had already grown tired of his requests to put the central heating on during the night.

Conroy decided the “last straw” was her tenant’s use of the kitchen for two hours one Sunday evening and resolved to find him alternative accommodation. Conroy wrote she had to endure a “rancid smell of boiled rice and oats” when “Kovac” cooked in the kitchen and claimed one of her sons who also lived in the house had begun to smell of this cooking.

Conroy wrote that she would forbid future tenants to cook: “I did ask about cooking in the interview, but I think something got lost in translation, and well, you can't stop someone eating, can you? I'll be banning it the next time.”

By the end of March, Conroy had found a replacement tenant: “I am especially relieved with my current lodgers, after the Latvian experience, better to stick with what you know if you have to share your house,” she wrote.

She had previously discussed which nationalities make the best tenants with a landlord friend who owns “a few properties” and had a “breadth of geopolitical-cultural knowledge”, according to Conroy. “He was an expert on Botswana, due to his tenant, Miss Botswana. He could ream off the finer nuances of all the Eastern bloc nationalities, I think he liked the Poles the best,” she wrote.

‘None of the money will be spent on Irish milk, bread, school uniforms, shoes’

After “Kovac” moved out, Conroy found an application form he’d filled out for Child Benefit: “That’s strange I thought, he’s only in the country three weeks and he’s applying to have 200 euro per month sent to his child in Latvia. It seems he was put right on to it before he arrived,” she wrote.

Conroy took issue with “Kovac” receiving Child Benefit, despite it being his right under European Union law.

“It will take the property tax of six houses in this cul-de-sac to meet the annual child benefit to one 5-year old in Latvia, where they will be getting their own benefit anyway, and that's just one child living abroad. Worst of all, none of the money will be spent on Irish milk, bread, school uniforms, shoes, or even a night out with the missus. And Kovac won’t be paying property tax, car tax, VAT, water charges, bin charges, or….” she wrote.

Conroy said she decided to become a landlord in January 2013 to help meet mortgage payments when her career in architectural consultancy continued to struggle after the 2008 financial crash. She wrote that she was taking the bus instead of getting taxis and cutting back on nights out while working on her unpublished novel. Conroy told her sons that letting out two rooms was “to save our house”.

Conroy in the blog also wrote about skiing trips to Davos, overnight stays in the five-star Castlemartyr Resort, drinks in the Marker Hotel, her Diane von Furstenberg dresses, Christian Louboutin shoes, Dolce & Gabbana suits, as well her “six wardrobes of cocktail dresses and two of shoes”.

Like her byelection opponent James Geoghegan, Conroy doesn’t live in Dublin Bay South, but in the neighbouring Rathdown constituency. Similar properties in her Clonskeagh estate are listed in the region of €650,000. Conroy initially let her two sons’ rooms in the house, moving one to a converted loft and another into a linen cupboard. When one son complained about living in the cupboard, Conroy abandoned plans to let two rooms, but considered letting the cupboard to a student.

“Desperado that I am, I've my eye on the linen cupboard which is a perfectly nice single room, I could possibly put a student into,’ she wrote.

Though the tenants Conroy wrote about were all grown men, she enforced a ban on no overnight guests, having been advised to do so by one of her neighbours. When one tenant asked for permission to have a guest over, Conroy agreed. She wasn’t happy afterwards.

“I'd sort of thought the idea would be overnight in one's room, no impact on the sons, the kitchen, the dining room, the bathroom, that kind of thing, discreet and subtle. After all, it's a room rental not a house share. It's our home. As I write, all I know is that (my son) couldn't use the bathroom it was so in demand, and the overnight guest was here all weekend.

“I wasn't prepared for my reaction, but it feels a bit creepy, not as bad as being burgled, but a stranger has been in my house all weekend, not at my invitation, it's hard,” she wrote.

‘These are the words of a callous landlord’

Elsewhere in the blog Conroy said she talked about “the Muslim Brotherhood in Egypt” with guests to the house, wondering whether she should “be in discussion with all our Muslim neighbours in the cul-de-sac”. In an August 2013 post addressing Miley Cyrus, she wrote “You've had more online hits than the children in Syria, you've had your moment, spend it well.”

“I am not shocked by the blatant contempt Deirdre showed towards tenants in her blog about being a landlord. Many renters experience that complete lack of respect from their own landlords. I find her suggestions of banning tenants from cooking and renting out linen cupboards extremely concerning.

“These are not the words of someone who can fairly represent renters in the Dáil. These are the words of a callous landlord. I find these posts absolutely disgusting, to be honest,” said Purcell.

As well as being a practising barrister and Dublin City Councillor, Conroy is a managing partner at Architectural Heritage Partners. She refused to account for her comments on her Latvian tenant, Muslim neighbours, children in Syria and plans to rent her linen cupboard to a student.