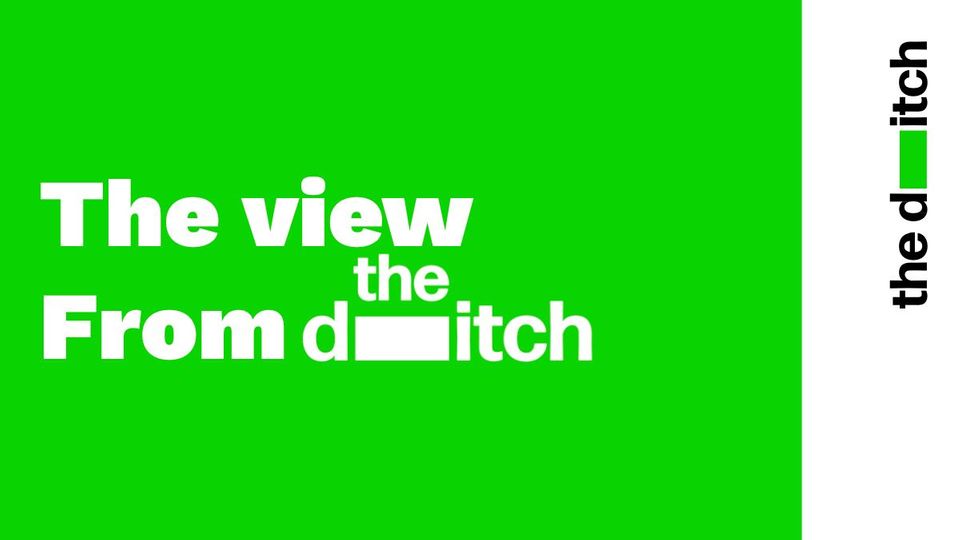 The US gets its war, Ireland gets its shitty provincial airport

Look at how stock of the five largest so-called US ‘defence’ contractors performed during the Afghanistan War and occupation.

During these 20 years, Boeing, Raytheon, Lockheed Martin, Northrop Grumman and General Dynamics stock outperformed the overall US stock market by 58 percent. If you bought $10,000 worth of shares evenly divided across these companies on September 18, 2001 – when George W Bush effectively declared the War on Terror – and reinvested the dividends, it would be worth $97,295 today.

You could interpret that as evidence of the military industrial complex, that even though the popular consensus on the US invasion of Afghanistan is that it was a failure, the right people were still enriched. Take it from a former Irish defence minister justifying Ireland’s support for the US war machine: no matter how catastrophic US foreign policy can seem, there’s always money on the table.

In a November 2013 exchange in the Dáil, independent TDs Mick Wallace and Clare Daly raised the issue of the US military using Shannon Airport with then defence minister Alan Shatter. Shatter, defending Ireland’s support of the US military by allowing it use Shannon Airport, told Wallace, “It is of particular benefit to the airport and the local economy that it is so used,” going on to say:

“I draw to the deputy's attention that the business generated as a result of this use of Shannon is very important in the context of maintaining the viability of the airport, which plays a crucial role in the context of facilitating access from the United States through to other locations. I really do not understand what is the deputy's difficulty. There is no suggestion that American soldiers landing in Shannon have ever behaved inappropriately or have done anything other than contribute to the local economy.”

He didn’t understand the fuss – and whatever about how American soldiers behaved elsewhere, they never behaved “inappropriately” in Shannon.

US presidents and secretaries of state and defence, political commentators and members of the country’s national security community: these people all understand the need of a good spiel to justify war, whether that be some contrived threat to the American empire or some interpretation of the 19th century colonial settler belief of manifest destiny. You can’t be gauche about these things.

Ireland’s minister of defence meanwhile just comes out and says that Ireland supports US war all to maintain a shitty provincial airport.

Since 2002 almost 3 million US soldiers, including almost 66,000 in 2020, have passed through Shannon Airport, many travelling to Afghanistan and Iraq. Rendition flights have passed through the airport, according to Amnesty International and anti-war campaigners, the costs of which would’ve contributed to revenues at Shannon Airport. This is the material support Ireland gave – and for what?

The same ideology that allows US capital to buy up swathes of Irish property to leave lying dormant or transfer profits in and out of Ireland so as to reduce the tax liabilities of American multinationals – this is the ideology that has driven Ireland’s support of US war. It’s an ideology happy to turn the country over to US elites and to hope some crumbs are thrown in return. Lockheed Martin stockholders get their returns on investment, Ireland gets Shannon Airport.

And that’s just the way it is.

People Before Profit TD Richard Boyd Barret put it to to then defence minister Paul Kehoe straight in 2016, asking him whether “we should facilitate a military machine”. Kehoe was straight in his response.

“We have carried out this facilitation for over 50 years.”

The attorney general, the Tánaiste and the Taoiseach – an unholy trinity

Since the foundation of the state, the office of the attorney general has, by and large, remained free from major political scandal. There was of course the infamous GUBU fiasco, a series of bizarre events in the summer of 1982 that led to the arrest of double-murderer Malcolm McArthur in the home of attorney general Patrick Connolly. Although not implicated in the crimes, Connolly immediately resigned his position. GUBU aside, the office has generally managed to avert major controversy.

It's easy to forget, after a decade of Fine Gael governments, that current attorney general Paul Gallagher is a Fianna Fáil appointee. Gallagher previously held the office from 2007 to 2011, having been appointed by disgraced former Taoiseach Bertie Ahern. Despite holding the office during the worst recession in the history of the state, Gallagher managed to steer clear of trouble, save for an amusing incident involving a state car and his pet dog.

Regardless of one's view on Gallagher, it is fair to say he was probably a victim of the Merriongate scandal. Government, including Tánaiste Leo Varadkar, had no qualms about throwing the attorney general under the bus to save the political skin of those who attended Katherine Zappone's 50-person event in the Merrion Hotel, drafting Gallagher in to give an interpretation of whether the event was legal.

No sooner had the furore over Gallagher's advice on outdoor events died down, Varadkar was again using the attorney general as a political weapon, this time suggesting he would ask him to find a way to usurp the decision by Laois County Council not to proceed with this year’s Electric Picnic festival.

It is important to note that Gallagher did not accept reappointment to the office of the attorney general for the generous €180,000-a-year salary, a fraction of what he was earning in private practice as a senior counsel. What the role does carry however is prestige and power – and maybe Gallagher hopes his service could be rewarded with an eventual appointment to the Supreme Court?

The way the Tánaiste used Gallagher to save his career and, more recently, as a tool in a cheap attempt to appeal to would-be Electric Picnic-goers can’t have gone down well with the attorney general. At what point though does Gallagher ask if acting as Varadkar’s own personal stooge is a price worth paying for continuing in his current role?

One thing is for sure: if he is looking to the Taoiseach to help him save face, he will likely be disappointed. Micheáll Martin’s failure to reprimand the Tánaiste over his latest antics confirms that he now acts as a mere figurehead leader of government.

A Taoiseach only in name.