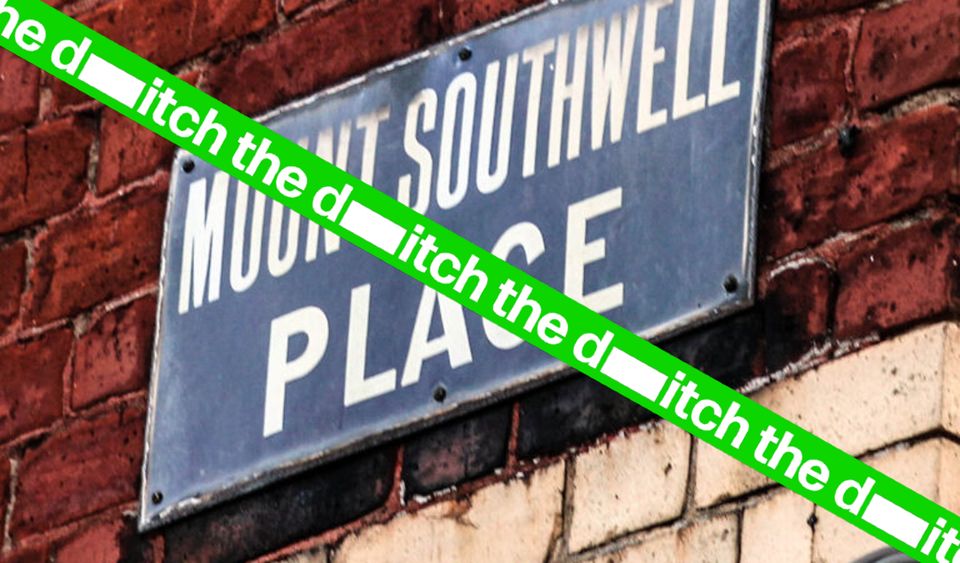 Up to 40 refugees are being forced to share what is effectively an outdoor, makeshift kitchen almost completely exposed to the elements in Letterkenny, county Donegal. Video footage obtained by The Ditch shows rainwater flowing down exposed brick walls and over sockets before forming pools of water on the ground.

The accommodation is managed by Declan McGettigan, a shareholder in construction company McGettigan Construction – which first went into Nama and then later receivership – whose illegally converted basement office is also being used to house refugees. McGettigan when contacted by The Ditch today maintained the kitchen is of an appropriate standard.

Accommodation providers are paid more by the state per refugee housed if they offer fully catered – three meals per day along with snacks – lodgings. With refugees being given €50 Lidl vouchers for their weekly food in this case, McGettigan refused to say whether he was availing of the fully catered rate.

“These are vulnerable people so I can't give out information on them,” he told The Ditch.

Cara House is a two-storey and basement redbrick in Mount Southwell, Letterkenny, county Donegal. Land Registry records show that Cara House is owned by Independent Trustee Company Limited – an entity that allows for the property’s beneficial owners to shield their identities.

A local activist in Letterkenny recently received reports of poor conditions in the accommodation and contacted Declan McGettigan – whom the activist believed managed the property.

Residents’ main complaint with conditions concerned the size of the property’s kitchen, which they said was too small to accommodate up to 40 tenants.

Upon hearing these complaints, Declan McGettigan had what he has described as “a new bit put on to it”.

The Ditch has obtained video footage of this “new bit”.

Rainwater leaks from several points in the roof and drips down an un-plastered wall. Exposed plug sockets are covered in water that forms a puddle on the vinyl floor. A resident cooks food in a large pot on a gas oven hob. A CCTV camera is fixed to the wall.

This “new bit” appears to be contained in an outdoor yard covered by a corrugated PVC roof.

He told The Ditch, when asked if the accommodation he manages at Mount Southwell is appropriate for refugees, that “everything's up to date through IPAS.” IPAS is the International Protection Accommodation Service, an Irish state body under Roderic O'Gorman’s Department of Children, Equality, Disability, Integration and Youth. The body has, according to Green Party minister O’Gorman, since February housed a little more than 38,000 Ukrainian refugees.

When asked if he thought the kitchen was up to health and safety standards, McGettigan said, "Yeah, we've built a new bit on to it as well, yeah."

He said they carried out this work "about a month ago".

McGettigan refused to comment on the number of people housed in Cara House, however one resident told The Ditch that 40 men have been living there since June. One room seen by The Ditch features two bunk beds, a microwave and television.

The Ditch previously reported on conditions in another Mc Gettigan-managed property in Letterkenny used to house Ukrainian refugees.

After Russia’s invasion of Ukraine, the Irish government put out a call for accommodation for displaced Ukrainians. Under the terms of this call, guesthouse and B&B owners are paid, for fully catered accommodation, €60-75 per night for the first adult refugee they house, with an extra €35-45 for each additional adult. They’re paid €35 per night for each child aged 12-18 and €20 for each child under 12.

The Irish Times today reported that more than 40 percent of Ukrainian refugees are housed in just three counties, one being Donegal, along with Dublin and Kerry.

Editor's note: An earlier version of this story included the line: "Cara House has since this June been used to house Ukrainian refugees." This has been amended. Cara House is among a number of McGettigan-managed properties used to house refugees, many of them Ukrainians. The tenants at Cara House are from elsewhere.