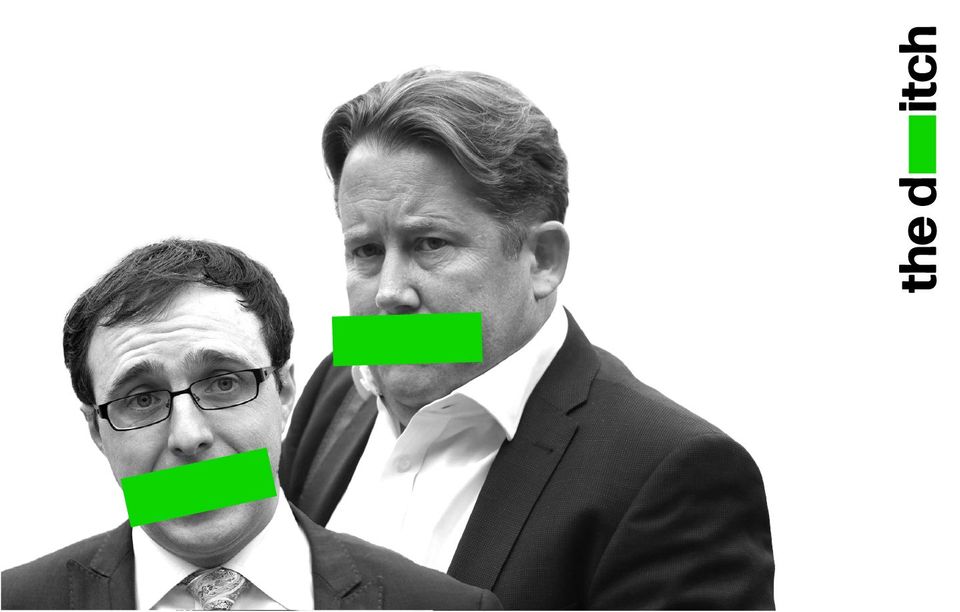 A US real estate investment trust (REIT) buys a whole housing development in Dublin 15. The same REIT buys the majority of another new development in Maynooth, Kildare. There’s anger. And it’s understandable.

And something must be done.

Housing minister Darragh O’Brien knows this and, to be fair to him, he’s known this for some time. Introducing his First-Time Buyers Bill in 2019, while he was an opposition TD, he said its purpose was “to prevent the so-called cuckoo funds from crowding out first-time buyers out of the market in towns and cities across the country”. He said that “action must be taken” to address things like 3,000 of the 18,000 new homes built in Ireland a year previous being sold to REITs.

O’Brien’s 2019 bill was, he said, “designed to level the playing field for first-time buyers and keep the dream of home ownership alive” – the dream, rather than the right. O’Brien himself has lived that dream, doubly.

For eight years, he was a landlord of a property in north county Dublin, which he let shortly after buying another home. The dream of home ownership for O’Brien made partly possible by having tenants contribute to his mortgage.

And, of course – he is a Fianna Fáil minister after all – O’Brien received two separate political donations from property developer Anthony Gannon and a company Gannon controlled in 2007 and 2008.

While a TD for Dublin North in 2008, Darragh O’Brien declared in the Dáil register of interests holdings in a Standard Life Assurance savings policy. The policy promised returns to holders through investments in REITs, which were later introduced to Ireland in 2013 through legislation brought by finance minister Michael Noonan.

Thanks to 2012’s Real Estate Investor Tax break, REITs pay little-to-no tax on profits. US REIT Round Hill Capital this week acquired an entire housing development in Hollystown in north Dublin, as well as the majority of another development in Maynooth, Kildare. The company intends to rent these properties.

We can presume these rents will be set to market prices.

O’Brien further declared he was a landlord from 2007-2015. He found himself in possession of not one, but two houses, so chose to rent one out, starting in the heady, pre-crash era.

O’Brien along with his wife bought a family home in 2007, but decided against selling his former residence – a two-bed apartment in Malahide. O’Brien rented the property first to a family member from 2007 and later to other private tenants, before finally selling the property at 11 Castle Heath, Swords Road, Malahide.

O’Brien refused to comment on his investment in REITs, his time as a landlord and his donations from a property developer.

‘You wouldn’t fit two people into this place’

O’Brien’s government and party colleague Robert Troy is another landlord with a serious property portfolio. And he knows how to protect his interests.

In 2019 he took an unsuccessful Residential Tenancies Board (RTB) case against a tenant renting from him a €1,250 per month one-bed flat in Phibsborough, Dublin 7. Troy had let the flat to small business owner Paul McGahan. The flat is “a tiny little thing” according to McGahan: “You wouldn’t fit two people into this place,” he said.

McGahan said that Troy continually warned him he would bring an RTB case against him for cleaning costs. Rather than pay his final month’s rent, McGahan chose to surrender his deposit to Troy.

Unknown to McGahan, Troy followed through on his warning and initiated RTB proceedings against him. The RTB however on 7 November, 2019 ruled against Troy.

Which meant Troy had to pay his own cleaning costs.

The Minister of State at the Department of Enterprise, Trade and Employment however has means to pay these costs. His property holdings include a Dublin 7 house split into four flats, one which recently let for €1,550 per month rent. Troy, along with his business partner John Noel McGivney, are also to develop two three-bed houses in Phibsborough, despite objections from a local residents’ association.

Troy and McGivney – who has interests in nursing homes and greyhounds – are also developing apartments in Mullingar, Westmeath. The Longford-Westmeath TD in 2019 criticised Westmeath County Council for failing to provide adequate housing, saying, “I find the lack of urgency alarming and the lethargic nature of some of the senior members in the council is deeply frustrating given the number of people within the county who are in urgent need of accommodation.”

Former county councillor Troy has now declared that he intends to sell his Westmeath development to Westmeath County Council.

Troy declined to comment on his property portfolio, his RTB case against McGahan, his plans for further development in Dublin 7 and his plans to sell apartments to Westmeath County Council, of which he was formerly a member.