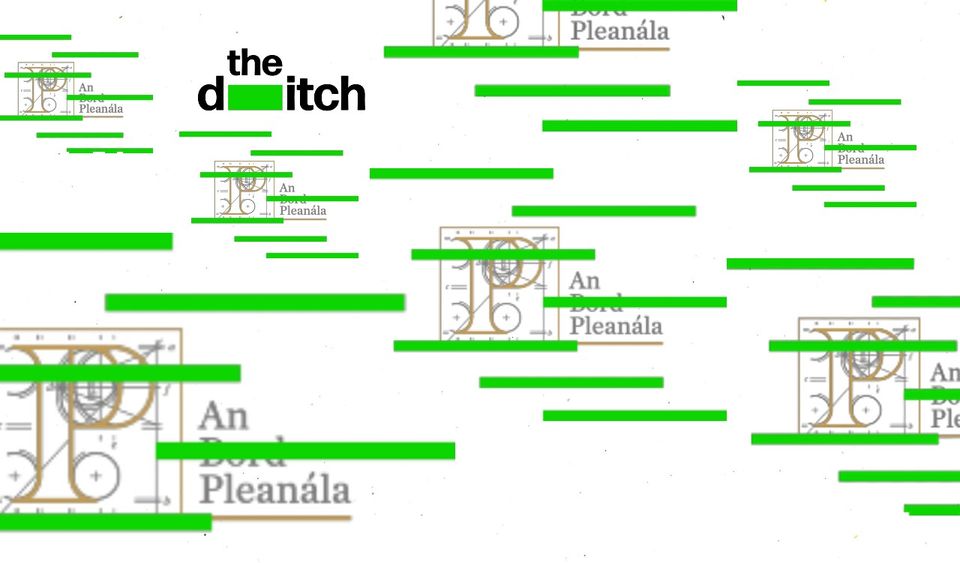 The Bord Pleanála (ABP) director of planning took part in an event for institutional landlords discussing what makes Dublin such an attractive prospect for build-to-rent property developers.

During a talk at the event, Rachel Kenny criticised people who object to large housing developments, saying, “People just generally have an issue with new homes being built.” Her comments came just months after the news that ABP had lost 90 percent of the legal challenges brought against strategic housing developments since the scheme’s inception.

ABP’s code of conduct states its employees “shall not publish or publicly express personal views or opinions which could reasonably be interpreted as compromising his/her ability to carry out his/her official duties with the board in an impartial manner”. People Before Profit TD Paul Murphy told The Ditch, “It is quite outrageous that an ABP director was giving advice to private developers about how best to apply to the body that she sits on.”

‘Take your chances and get the higher densities’ – Kenny to developers

Bisnow – an events and publishing company “serving the commercial real estate industry”, in its own words – held the online event at which Kenny spoke. The September 2021 event was titled How the Best Gets Better: What Makes Dublin The No.1 Target In the BTR World.

During the talk Kenny was critical of the number of appeals her office was receiving. “It is unfortunate… 90 percent, 95 percent are appealed… people just generally have an issue with new homes being built,” she said.

She went to express praise for apartment sizes in co-living developments, as well as the "much more high-end communal spaces" in these schemes compared to other complexes in Dublin. She went on to say that in some instances property investors are best suited to manage certain housing blocks.

“If you have build-to-rent and there are communal facilities such as gyms, cinemas, all these things, cafés… (they) are better sustained by an investment company – a single entity rather than a management company for the build-to-sell,” she said.

“Take your chances and get the higher densities because the board is very focused on the national policy” said Kenny.

The talk included a speaker from property developer Ballymore, which last December sold its 435 apartment development at 8th Lock in North Dublin for €200 million to a German institutional landlord.

Kenny engaged in post-talk banter with Landmarque CEO Gary Cooper, who in October last year submitted an application to ABP for a mixed development in Tallaght, Dublin 24 that included plans for 150 build-to-rent apartments.

“Usually we go for pints now, don’t we?” said Cooper after the talk ended to which Kenny replied, “Exactly… Staying in the office drinking a pint may not go down so well (with the board).” Kenny and Cooper previously spoke on a panel together at the Women in Property and Construction in Ireland event in March 2019 whose sponsors included institutional landlord Hibernia REIT.

Kenny also spoke at another Bisnow event held in Dublin last Tuesday where she claimed the planning system was being “exploited by a small minority” using judicial reviews to challenge ABP decisions.

“The current planning system can be misused or exploited by a small minority, a couple of hundred people, to prevent the progression of over 80,000 units,” said Kenny, whose role at ABP includes assessing strategic housing development applications during the initial consultation stage.

ABP is currently embroiled in controversy following a series of allegations against its deputy chairperson Paul Hyde, who has stepped aside from his role pending the outcome of an investigation commissioned by housing minister Darragh O’Brien.

TD for Dublin South-West Paul Murphy called for this investigation to be widened.

"It is quite outrageous that a board member of ABP was giving advice to private developers about how best to apply to the body that she sits on. It appears to represent a very clear breach of ABP's code of conduct.

“After all of the revelations about Paul Hyde, it raises new questions about how this board has been operating. The terms of reference for the review must now be broadened to include the actions of the board as a whole," he said.

ABP and Rachel Kenny declined to comment when asked if she was speaking on behalf of the board and whether her attendance at the events was appropriate.